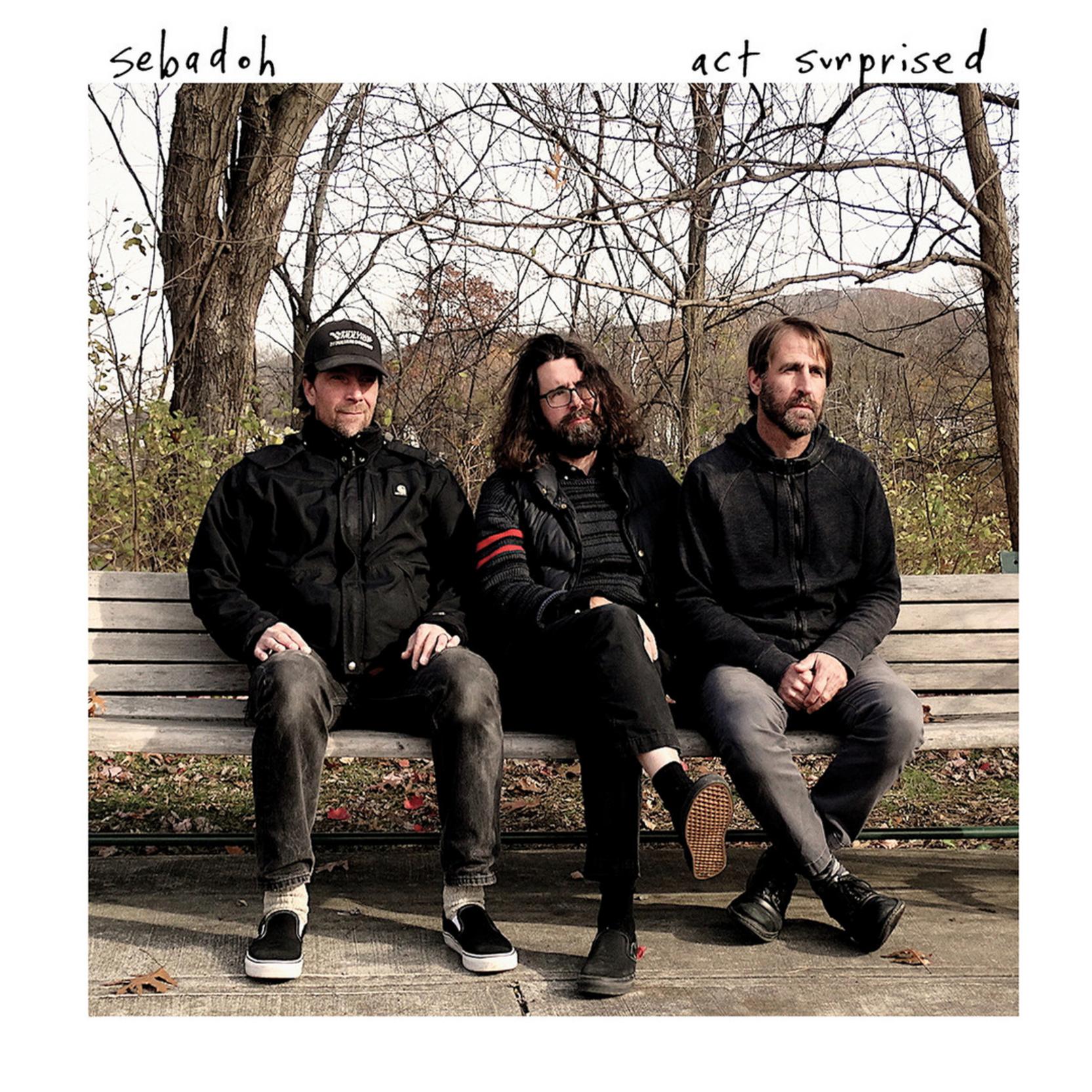 Long running indie rock institution, Sebadoh, is back with their second post-hiatus record, Act
Surprised. The no frills trio has made a late career turn out of making straight-forward rock
records with Jason Loewenstein (bass, guitar, vocals) generally handling the heavier end of the
material, while Lou Barlow’s (guitar, bass, vocals) stuff tends to gravitate towards the more
sensitive side of the rock spectrum. Act Surprised is really no different then their last release,
2013’s excellent comeback LP, Defend Yourself, in that it eschews the artsier aspects for the
“balls to the wall” bangers. Barlow has mentioned in interviews that he wanted to match
Loewenstein’s rock output and decided to shelve any of the more quiet songs he had in favour
of the more rowdy ones.

In previous incarnations, Sebadoh was known to swing freely from wrenching heartfelt
confessionals to unhinged garage rockers…but on Act Surprised , the trio has never sounded
so assured of what they are and where they are going. Loewenstein wastes little time in
bringing the rock as his “Phantom” and “Follow the Breath” kick things off in fine style with
chugging yet spiky guitar leads and his usual irascible vocals.

Barlow keeps up the pace with his own ‘Celebrate the Void” and “Medicate”, songs that seem
to indicate he’s in a better place emotionally (Defend Yourself was essentially a breakup album
for Barlow, as he had recently separated from his wife and longtime muse, Kathleen Billus) but
still far from happy with the world we live in. Likewise, “Stunned’ and “Raging River” find
Loewenstein spouting rants and raves from his cynical corner of the world, but musically it’s
absolutely charged with his lively Telecaster workouts and charged vocals.

The band aren’t just content to give us what we’re used to though, because on songs like
“Leap Year” and “Reykavik” they’re employing gang vocals and some more varied tempos and
structures…dare I say a somewhat prog turn? So much credit belongs to Bob D’Amico’s
drums for the immediacy of all of this material; he has without a doubt established himself as
the foremost Sebadoh drummer.

Thirty years in and the Barlow / Loewenstein partnership shows absolutely no signs of losing
any steam or creativity. Act Surprised is fifteen songs long and all of them resonate both
musically and lyrically in just the ways that you hope a Sebadoh record would. It’s great to be
Lou Barlow these days, as both Sebadoh and Dinosaur Jr are playing at the top of their
game…long may it continue!