Stephen Patrick Morrissey is many things: musical icon, animal rights activist, author, and
sadly these days: an outspoken political and societal commentator who favours many vile
nationalistic and xenophobic views! On top of all that, the former Smiths singer has made more
headlines for the all the shows that he hasn’t played in recent years, as opposed to those that
he does. In fact, someone has taken it upon themselves to detail all of these now infamous
dates (weheartmusic.typepad.com, if you’re interested). Of course the more things change, the
more they stay the same with Morrissey because just as he was to play his first Canadian
dates in fifteen years, he abruptly cancelled all of it aside from Toronto and Montreal (he had
boycotted playing Canada due to it’s annual seal hunt).

So with that as the backdrop to the Mozzer’s first trip back to a Toronto stage since 2004 (at
the very same venue, interestingly) the first thing we were greeted with was a half-hour video
montage of some of Morrissey’s obvious and not so obvious influences. Bowie, Patti Smith,
The Ramones, and Jobriath, credited as the first openly gay rock artist signed to a major label
back in the 70s. A quick dip of the lights and the man himself was finally back on a Canadian
stage…along with his very competent band (which still features guitarist/songwriter Boz
Boorer, longtime guitarist Jesse Tobias, former Breeders bassist Mando Lopez, former
Smashing Pumpkins drummer Matt Walker, and Gustavo Manzur on keyboards).

Fifteen years away and he didn’t waste any time in getting people excited about his return
because they ripped right into his debut single as a solo artist, the delicious melancholy of
“Suedehead.” Just like that, any tension surrounding either his possible cancellation or just the
general unease about supporting an artist who has been opining rather detestable views
disappeared with the first sing-a-long of ”I’m so sorry!”

The moping Mancunian seemed content enough to indulge the crowd in the playing of some of
his finest recordings of both his solo and Smiths career. Viva Hate’s “Hairdresser on Fire” and
“Everyday is Like Sunday” were played with both nuance and verve, while “How Soon is Now”
and “That Joke isn’t Funny Anymore” sounded as fresh as they day they were written.
Of course, with a new tour comes a new record and in this case it’s the all covers LP, California
Son. Surprisingly (and thankfully) he only chose to play one song from it, the unconvincing and
unsatisfying schmaltz that is Laura Nyro’s “Wedding Bell Blues”, which on record features
Green Day’s Billie Jo Armstrong. Though it’s not on the new record, Moz also trotted out The
Pretenders’ classic “Back on the Chain Gang”, which hit with much more success and much
greater energy.

Morrissey being Morrissey though, he put a damper on things as only he could by his useless
and distasteful between song banter. His first proper words to a Canadian crowd were, “I’m
Christian. I’m well travelled. I’ve heard of Faith Goldy (a political commentator who espouses
far right and white nationalistic views)! When his comment was met with boos, he backed off of
it and said, “What? I said I’ve heard of her…I’ve heard of lots of people!” Later he dedicated a
song to Marrissa Shen, a thirteen year-old British Columbia girl whose accused murderer is of
Syrian descent. It’s incredible how people’s ongoing love of The Smiths (mine included) will
allow this guy’s rather disgusting world views any attention anymore…anyone else’s career
would have been buried long ago!

As long as he wasn’t saying anything, Morrissey seemed in good shape and in very good
voice. “Jack the Ripper” was played with the room completely filled with dry ice after he said,
“Do you mind if I smoke?” “The Bullfighter Dies” was accompanied with gory videos of said
bullfighters receiving their harsh punishment by the horns of ornery bulls!
Morrissey reeled the crowd back in near the tail-end of the show with a couple of classics. The
audience found their full voice again with another gem from Viva Hate, the anthemic “Everyday
is Like Sunday.” a song as mournful as it is triumphant, it’s lost nothing in the thirty years since
it’s release. He closed the main set with a muscular and very satisfying take on The Smiths’s
“What She Said”, which had the house roaring. His one song encore was the You are the
Quarry rocker “First of the Gang to Die”and after disrobing and throwing his shirt into the
crowd (which would later require two pairs of scissors to separate the fabric from the six hands
holding on to it for dear life), he was gone for good!

Say what you will about Morrissey’s politics and world view, but there’s no doubting the man’s
ability to command an audience. His voice has remained in very fine form after all these years
and his crackerjack band is more than capable of playing the material, both old and new.
What’s been a first for me is the dilemma of buying a concert ticket of an artist who I generally
find unsavoury, My rationale at the end of the day was that I went for the art, not the artist! 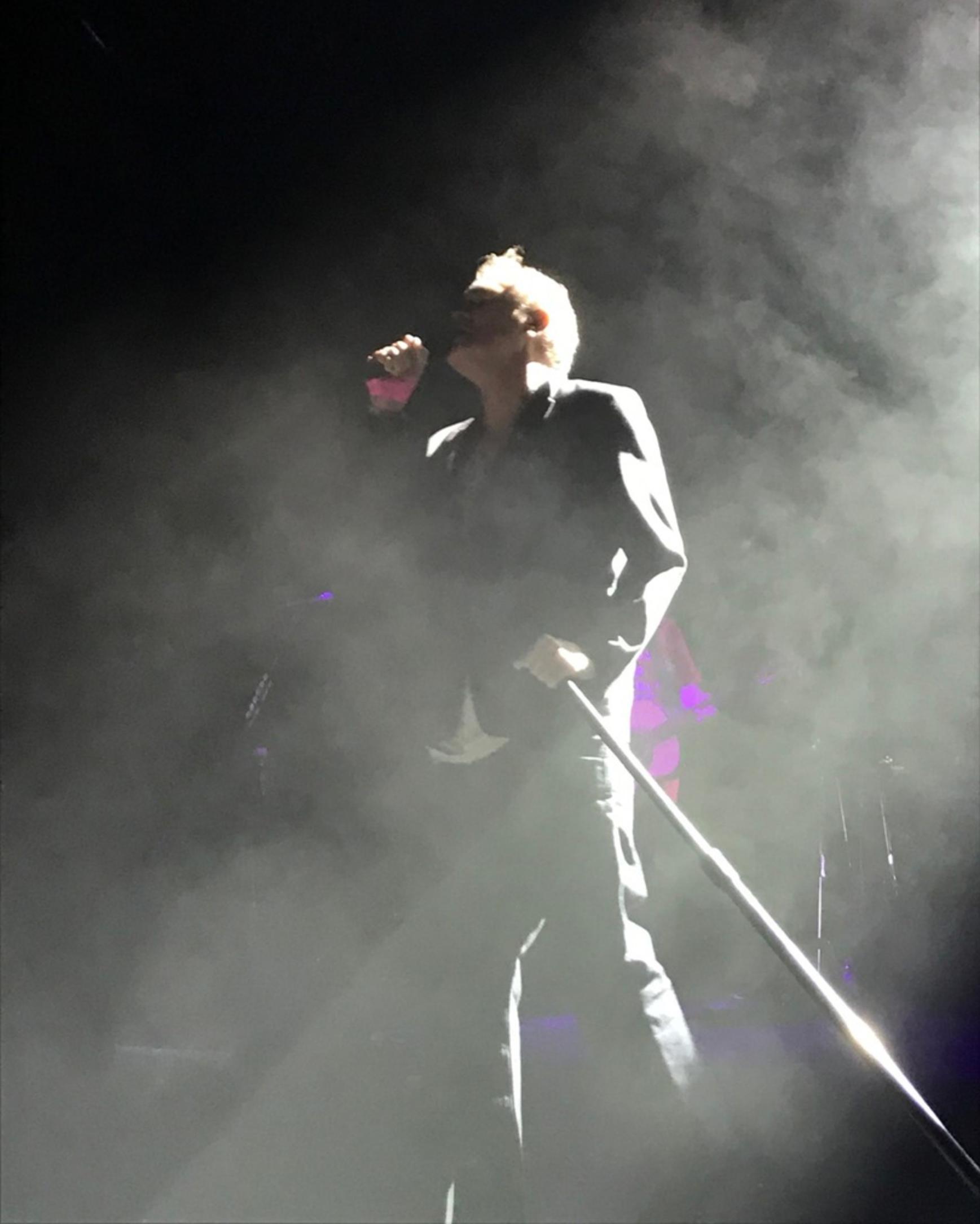