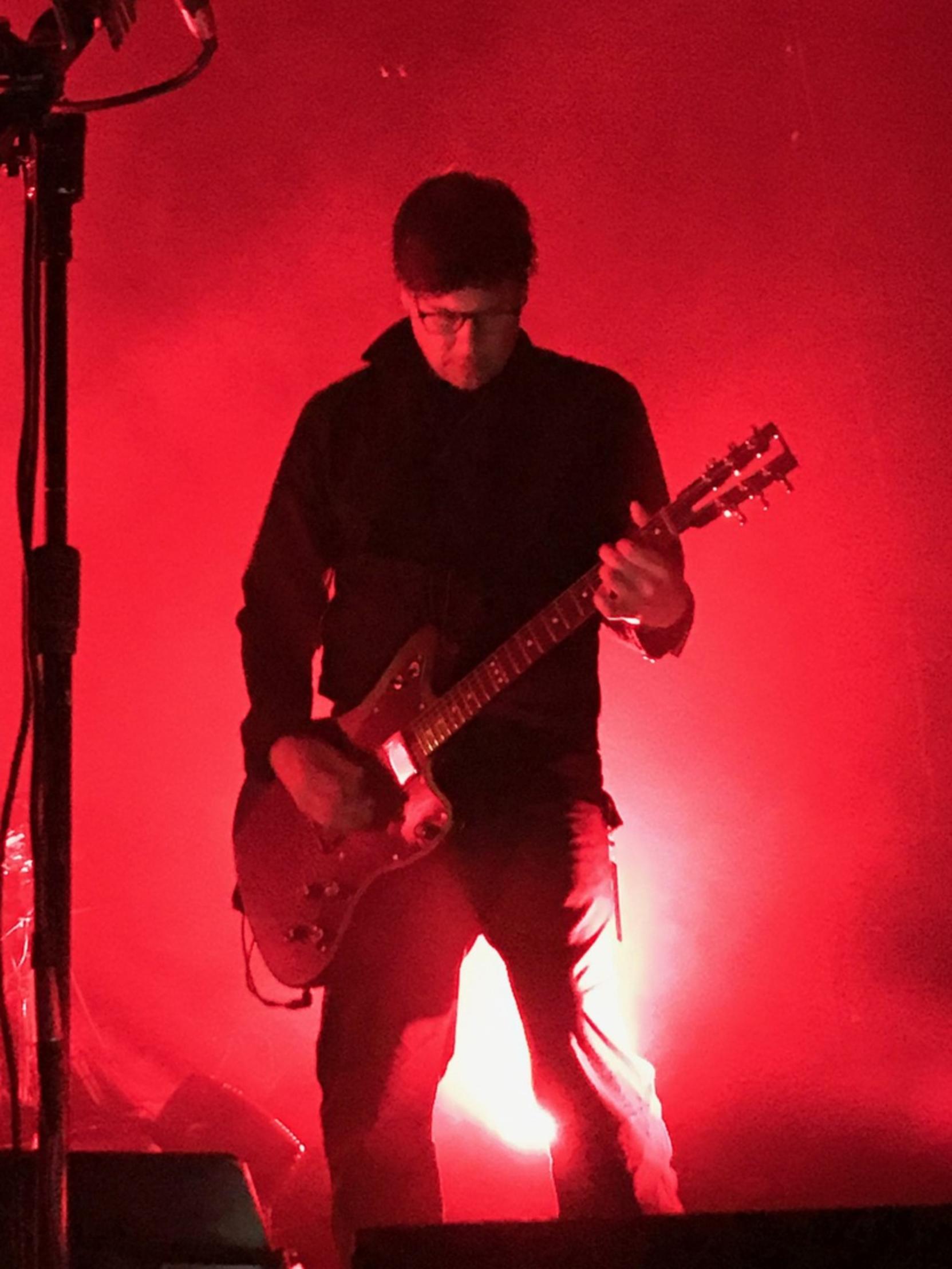 Two of the more beloved guitar bands of the 90s came together for a memorable show at The
Phoenix. English shoegaze notables Swervedriver and LA space rockers Failure are touring
North America in one of the more inspired concert pairings of this year, but don’t be fooled: this
ain’t no nostalgia trip, this is all about the here and now as both bands have excellent new
records to flaunt. Swervedriver are touring in support of Future Ruins, an album that recalls
their early 90s LPs Raise and Mezcal Head, while Failure is out behind one of 2018’s best
releases, In The Future Your Body Will Be The Furthest Thing From Your Mind.

First out of the gate was Swervedriver and though only Adam Franklin and Jimmy Hartridge
remain of the original members, their set was very reminiscent of the earlier days. Though the
set was basically a 50/50 split of old and new material, you would have been hard pressed to
tell by the sonics and songwriting. New songs like “Mary Winter” and “Drone Lover” easily fit
into place along side classics such as “Duel” and “Deep Seat”, while “For a Day Like
Tomorrow” and “Autodidact” reminded of why I wasn’t Born To Lose You was such a strong
comeback LP. With Mikey Jones and Mick Quinn now firmly established as the rhythm section
and with two excellent records under their belts, Swervedriver v.02 seems poised to continue
their strong second act.

After a quick stage change, Failure took command of the Sherbourne Street venue with their
dark and intense material. The veteran trio kicked things off strong with a three song cycle from
In The Future Your Body Will Be The Furthest Thing From Your Mind. “Solar Eyes” had lead
vocalist Ken Andrews handling bass duties while Greg Edwards weaved some piercing metallic
guitar phrases into a truly energetic beginning. Just as “Solar Eyes” did, “Distorted Fields”
pulsated with Andrews’ thick bass line but this time Edwards augmented with not just guitar,
but keys too.

They paid proper homage to their back catalogue by taking four from their seminal 1996
album, Fantastic Planet“; these included the moody “Another Space Song”, the thrashing
“Pillowhead”, the grunge infused “Smoking Umbrellas”, and the alternative radio hit “Stuck On
You.” 1994’s Magnified was showcased with the selections of the single “Undone” and deep
cut “Frogs.” The outstanding comeback LP, The Heart is a Monster, was shown some love as
well with the soaring choruses of “A.M. Amnesia” and the sombre “Counterfeit Sky” hitting just
as hard as anything from their older material.

They closed the main set with another intense trifecta from In The Future… and one more from
Fantastic Planet: the Nine Inch Nails-like single “Dark Speed”, the totally satisfying rocker “No
One Left” and Greg Edwards’ fab four inspired “The Pineal Electorate.” All of that was just a
prelude to the closer though. It’s easy to see why Failure has opened so many shows for Tool
when you get the privilege of experiencing the live take of “Heliotropic.” Once again Andrews’
menacing bass and Scott’s muscular drum pattern set the table for Edwards to run wild with
his haunting guitar lines…for roughly eight minutes they captivated the near capacity room with
an apocalyptic groove that was equal parts exhausting and enthralling!

At this point Failure is basically a hobby; Andrews is busy as an in-demand engineer and
producer; Edwards splits time between Autolux and other projects; and Scott is a busy session
drummer, spending much time with songwriting guru Linda Perry amongst many others. These
guys don’t need to be out here, but they are, and they’re creating incredible new music as well
as bringing new life to plenty of older songs. Failure is the very antithesis of their name…they
sound more vital now than ever before!