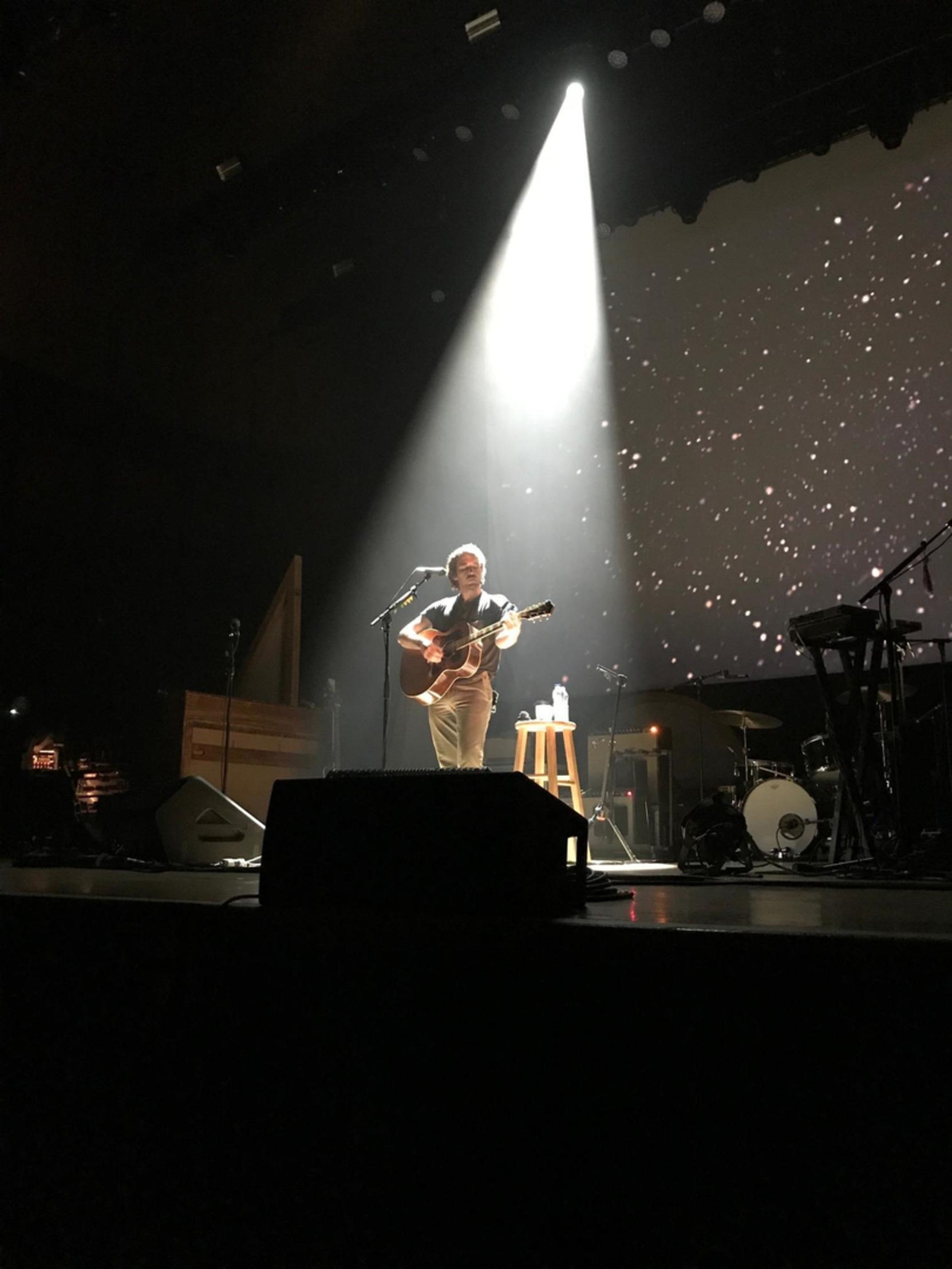 It’s been six years since Seattle, Washington’s Fleet Foxes last visited Toronto, and that
time, like this one, the band played the hallowed Massey Hall to showcase their quite
unique brand of songs. It’s also been six years since Fleet Foxes released their last
record, Helplessness Blues. Well, both the live and recorded absences have been put
to rest with release and tour for the brilliant new LP, Crack-Up. After the band’s final
show on the Helplessness Blues tour, the band went on an indefinite hiatus and saw it’s
lead singer Robin Pecknold head back to school and it’s drummer quit the band and
reinvent himself as Father John Misty.

The band has stuck with the same setlist since this tour began, so it was no surprise to
hear the pulsating “Thumbprint Scar” open the show. Pecknold’s golden voice was as
striking as ever and showing no ill-effects even though he was downing “doctor ordered”
throat-coat tea and copious amounts of water.

The first half of the set was mostly made up of Crack-Up material and frankly all of it
sounded absolutely stunning. Of particular note were the soaring harmonies that
Pecknold and bass player Christian Wargo were creating together on tracks such as
“Cassius” and “Naiads, Cassadies”...each one seemingly more beautiful then the last.
It was fascinating to watch just how much multi-instrumentalist Morgan Henderson adds
to the Fleet Foxes live sound. Whether it be tamborine, saxophone, guitar, cello or the
bloody kitchen sink; this guy is a vital cog in the organization. On that same tip, new
drummer Matt Barrick (ex-The Walkmen) is more then filling the void that Josh Tillman
has left behind...brushes, maracas and unwavering time-keeping are just some of
Barrick’s many drumming virtues that were on display.

They returned to older material as the evening wore on, with Helplessness Blues tracks
like “Grown Ocean” and “Battery Kinzie” sounding as magnificent as ever. The debut
record’s “White Winter Hymnal”, “He Doesn’t Know Why” and “Blue Ridge Mountains”
were stunning in their beauty. And of course there always needs to be room in a Fleet
Foxes set for “Mykonos”, the gem from the Sun Giant EP.

The show really boiled down to the striking difference in sound of the first two records to
Crack-Up. Where the earlier records dazzled in Laurel Canyon-styled harmonies and
nods to Appalachia, the Crack-Up material leans toward art-rock. “Thumbprint Scar”,
“Third of May / Odaigahara” and “Mearcstapa” are exotic and languid, both in their
writing and execution. “On Another Ocean” sees the Foxes in a far groovier state of
mind and it’s nice to hear them bring that out of their playing.

Six years on from their last record and live performances, Fleet Foxes have shown that
not only are they back in the game... but they have taken their’s to another level!