Reunited…and it feels so good! After five years away, Montreal indie rockers Wolf Parade are back not only with a classic album reissue and tour dates, but with a new four song EP as well. From the outside looking in, it looks as though the band have used the release of the deluxe ten year anniversary package of their celebrated debut, Apologies To The Queen Mary, as a jumping off point for the their reconvening. One thing is for sure, WP’s two figureheads, Spencer Krug and Dan Boeckner have kept busy in the intervening years; Boeckner with Handsome Furs, Divine Fits and his latest outfit, Operators. Krug on the other hand has had Moonface, Sunset Rubdown and Swan Lake to keep him occupied. The Wolves have been banging out new material on Vancouver Island for the last little while and the hot rumour is that they have a full-length album coming our way at some point this year. In the mean time we have the newly released EP4 to digest, and if you live in Toronto or New York, ten live shows to sample from.

With Vancouver Island’s Zuzu’s Petals doing their bit to excite an already anticipatory audience, Spencer Krug, Dan Boeckner, Arlen Thompson and Dante Decaro took to the Lee’s stage and launched into The Apologies favourite “You Are a Runner and I am My Father’s Son.” Given that Krug and Boeckner are the principal songwriters, sets generally seesaw back and forth between each other’s songs and such was the case here. Boeckner’s Apologies track, ‘It’s a Curse” was brought out and then was followed up with What Did My Lover Say (It Always Had To Go This Way), Krug’s standout from their third and most recent record, Expo 86.

The band’s second record, At Mount Zoomer, felt the love too with the playing of “Language City”, “Fine Young Cannibals” and Krug’s epic from that album, “California Dreamer.” As was the case with the previous Wolf Parade shows that I had been fortunate enough to attend, Decaro did yeoman’s work by ably switching between guitar and keyboard duties, while Thompson kept time with nimble and understated beats.

The true measure that defines the band is the dynamic between Krug’s more eccentric and theatrical songs as they play next to Boeckner’s Springsteenesque anthemic rockers, and this was perfectly heard in the final two of the main set: “Shine a Light and “I’ll Believe in Anything.”

As far as new material goes, we were treated to “Mr. Startup” and “Automatic” from EP4 and in keeping with the aforementioned appraisal, Boeckner’s “Automatic” was the up-tempo foot stomper to Krug’s mid-tempo synth laden tune. Both songs fit nicely into the set and should only help to fuel speculation of a new record.

Whatever the future holds for Wolf Parade, it was simply a pleasure to have another chance to witness one of Canada’s finest musical ambassadors doing what they do best! 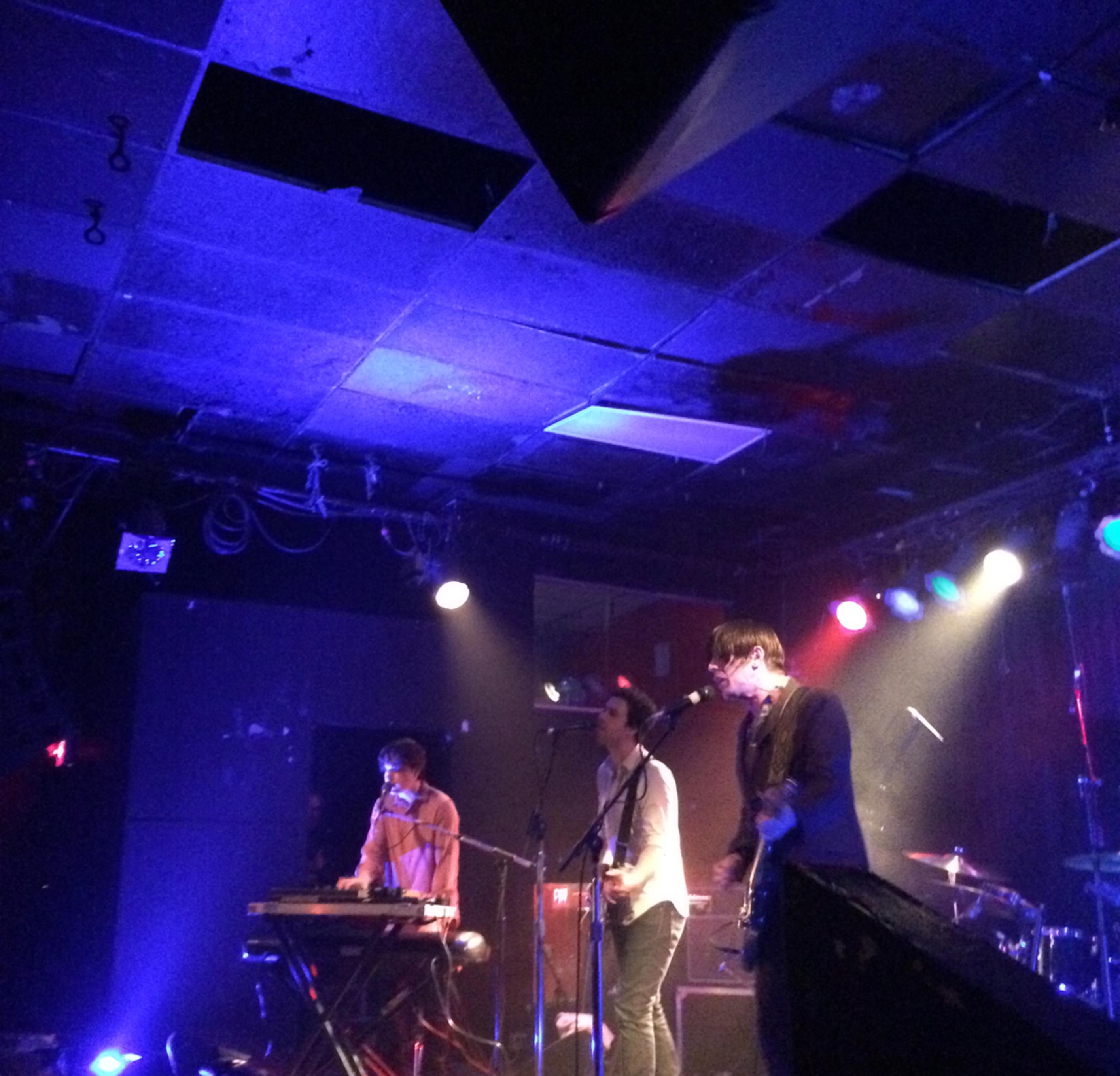