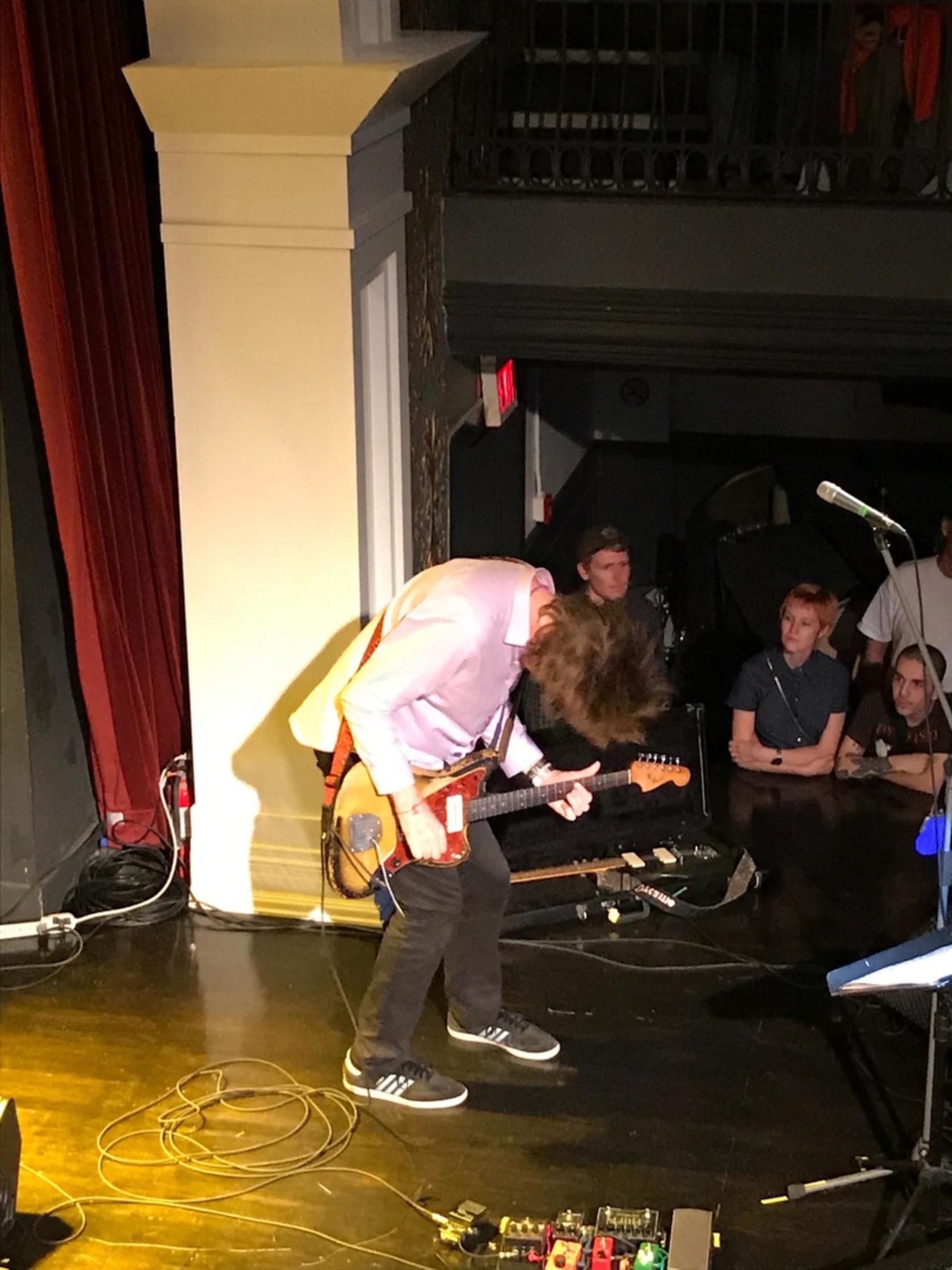 Playing the stunning Great Hall on Toronto’s Queen Street West, Moore and his
bandmates took the stage sometime after ten o’clock and launched right into “Cease
Fire”, a non-album single released earlier this year. “Cease Fire” comes out swinging
with brash guitar and Shelley’s ribcage rattling percussion, but over the course of it’s six
minutes begins to morph into a more krautrock-like meditation.

In fact, that’s generally where Moore is right now with his songwriting: abrasive guitar
pieces folding into shape-shifting, epic guitar jams. Moore seems to be relishing his Lee
Ranaldo-like relationship with Sedwards because the two play off of each other
seemingly effortlessly and with stunning beauty.

The Thurston Moore Group is really equal parts Moore/Sedwards and Shelley/Googe.
Moore and Sedwards get the more showy and frankly just plain gorgeous parts to play,
but none of that would be allowed to flourish without the rock solid foundation that Steve
Shelley and Deb Googe lay down. For all of Sonic Youth’s formidable traits, and there
are many, I never felt that an ass-kicking rhythm section was one of them. Shelley and
Googe are music vets anyway, but the time spent playing over the last two years
together has turned them into a force to be reckoned with.

“Turn On” and “Forevermore” are perfect examples of how fully formed this band is.
Things get stretched out close to the ten minute mark with each song and that doesn’t
even feel indulgent.

“Exalted” is another gem. What starts out as just hypnotic strumming and some languid
soloing gives way to an almost black metal-sounding splash of percussion and cymbal
explosion. The groove comes back with Moore’s cool drawl singing of “Peyote walker /
Sweet talker / Soul stalker / Spell weaver / Receiver.”

For the last song of the night the band reaches back to Moore’s solo debut (Psychic
Hearts, released in 1995) for “Ono Soul.” The very Sonic Youth-sounding track starts
out with clean chords, which the band proceeds to deconstruct with an improvised midsection jam that the studio version doesn’t have, before putting it all back together again for a thrilling and wholly satisfying conclusion.

Many would (and should) mourn the absence of Sonic Youth, but those same people
need to seek out Moore’s solo work, because his solo output is equally, if not bettering,
Sonic Youth’s catalogue. Of course, you’ve already got Shelley as the drummer; as
mentioned earlier, Moore’s playing with Sedwards is absolutely sublime, and Googe has
added a bass component that SY never had. There is more than enough here to satisfy
any Sonic Youth fan!