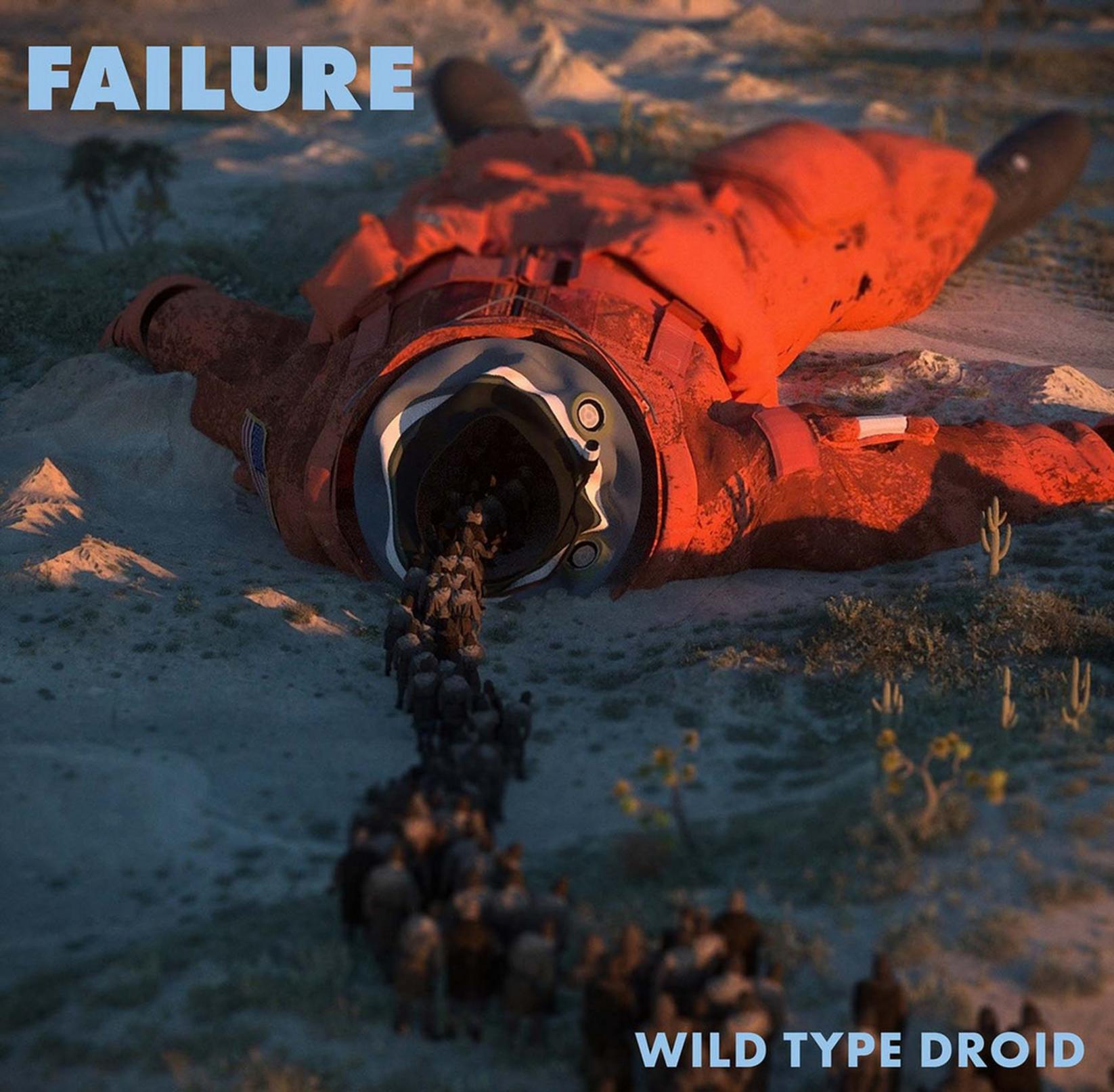 Failure, the 90s space rockers are back with their third post-reunion album. Entitled Wild Type Droid, the LP keeps their long winning streak intact with yet another compelling suite of songs that are both large and intimate. Like all their previous releases, and I know I’m sounding like a broken record here, Wild Type Droid sounds spectacular…the band’s lead singer and guitarist Ken Andrews once again provides the most gorgeous bed of production for these new songs to flourish. The album was a bit of an experiment in that the band went into the studio with no finished songs or even rough ideas of ones, instead they jammed for hours on end and then would piece together the songs through edits and overdubs when necessary. The results warrant.

Wild Type Droid kicks off in the most spectacular way possible with a one-two punch as good as anything I’ve heard since anyone first uttered the word Covid. “Water with Hands” and lead single “Headstand” make one think that perhaps this album should be entitled “Low End Theory”, because the bass tones dominate these two tracks and damn are they gorgeous. The sweet spot for Failure is where the distinct guitar and bass tones meet Andrews’ slightly disaffected vocals and that happens to great effect on both these numbers…he sings of feeling overwhelmed by how little he feels and how “if everything’s true than nothing is real.” Drummer Kellii Scott lays down such intricate patterns here, that even after innumerable listens I can’t decipher how to air drum to them. This is amazing stuff and the best I’ve heard this year.

The previous three Failure records all felt slightly long-winded with their instrumental “segues”, but Wild Type Droid eschews those in favour of a tighter run time and the album is all the better for it. Though the segues are gone, there are more than enough musical landscapes to wander through. Some have argued that “Submarines” is one of the best songs that Failure has ever put to tape. “Bring Back the Sound” is lush and mature in a way that the band has only hinted at previously.

Interestingly, in one of the pre-release interviews that Andrews did before the album dropped, he said that two of the songs on the album were majorly informed by a couple of very significant bands to alternative rock. Turns out that not only is “Long Division” Andrews’ ode to The Cure’e Disintegration, but he even tried singing like him. While post-rock kings Slint proved to be the inspiration for the band to finish the half done “Bad Translation”…essentially asking the question: how would Slint finish this song?

Co-founding guitarist Greg Edwards has brought the same thoughtful playing and songwriting that he’s used so successfully in the band Autolux to the same great effect with the last few Failure records…clearly the Andrews and Edwards musical partnership has blossomed in a way that few would have expected given their 90s musical pedigree. On the trio’s last LP (In The Future Your Body Will Be The Furthest Thing From Your Mind) Edwards delivered the closing song, the extremely Beatlesesque “The Pineal Electorate” and once again he gets to close the proceedings, this time with the delicately plucked “Half Moon.”

There have been far too many bands from decades gone by that have gone down the reunion path to either cash in or to just relive past glories, but Failure is doing something way more meaningful: making totally compelling new music and adding new chapters to their already impressive legacy.