Can you remember a time when you felt you were witnessing someone on the verge
becoming SOMETHING? Well, as someone who was front and centre for PILE’s
headline set at The Garrison, let me just say that I most definitely had that very feeling!
Now this is not exactly a bold statement to anyone who has followed the Boston band’s
career to this point, but it does seem that the time is just about right for some sort of
breakthrough. Longtime fans have always spoken about their live shows as though it’s
some sort of religious experience and you’re certainly not going to hear any different
from me, what’s equally as exciting though is that each new record has improved on the
last one, culminating with last year’s chorusVERSEchorus “Album of the Year”, A
Hairshirt of Purpose.

Though A Hairshirt of Purpose is still front and centre in any show PILE has been
playing this year, the band is currently on tour in support of their just released b-sides
and rarities collection, Odds and Ends.

PILE’s last Toronto show was at a half-empty Sneaky Dee’s in 2017, but this time
around the band played to a filled and sweaty room at The Garrison in Toronto’s west
end.

With touring openers Spirit of the Beehive’s well received set out of the way, PILE
wasted little time in getting the people all worked up. First out of the gate was the lively,
multiple time signatured “Pigeon Song”, one of the new ones off of Odds and Ends. That
was followed by another fresh track, but this was one that most had not heard before.
It’s going by the working title of “Hair” and let’s just say excitement is brewing for a new
record.

They took a trip back to 2015’s You’re Better Than This for the setlist staples “The World
is Your Motel” and “Mr Fish,” and later they would revisit A Hairshirt of Purpose, but
surprisingly only with two songs: “Fingers” and “Rope’s Length.” The former burned with
ferocity, while the latter simmered with a moody unease...both were uniformly excellent!

Drummer Kris Kuss would be a show-stealer is almost any other context with his now
signature snare rim rolls and insane fills, but Rick Maguire’s intense vocals and genre-jumping guitar playing are tough to share a spotlight with. You could watch either man
play through these songs and you come away trying to comprehend what you just
witnessed.

This was a show very much about new material and though it’s difficult to give a
detailed account of songs after only hearing them for the first time, I can tell you that
they remain very much in the classic PILE mold of quiet/loud dynamics and having too
many time signatures to count. Looks like they had fun putting the new songs in the
setlist together to, because at one point in the show they played new songs with the
titles “Cord”, “Bored” and “Gourd.”

It was actually during “Gourd” that Maguire showed just what a skilled pro he really is.
Halfway through the song he broke a string and while the band continued to play, he
grabbed a new one from his guitar case, strung it, tuned it and proceeded to finish said
song...total pro!

They finished the night on a euphoric high starting with a joyous cover of Thin Lizzy’s
“Cowboy Song”...and there couldn’t have been anyone in the room who didn’t have a
smile on their face after that one. After that party there was only time for one last
shredding rocker and “Baby Boy” fit that bill like a glove.

This site has gone on at length about the power and potential of PILE and how it seems
it’s only a matter of time until there are far more ears attuned to what they’re doing. This
night was yet another piece of incriminating evidence that this band is bound for
much bigger things! 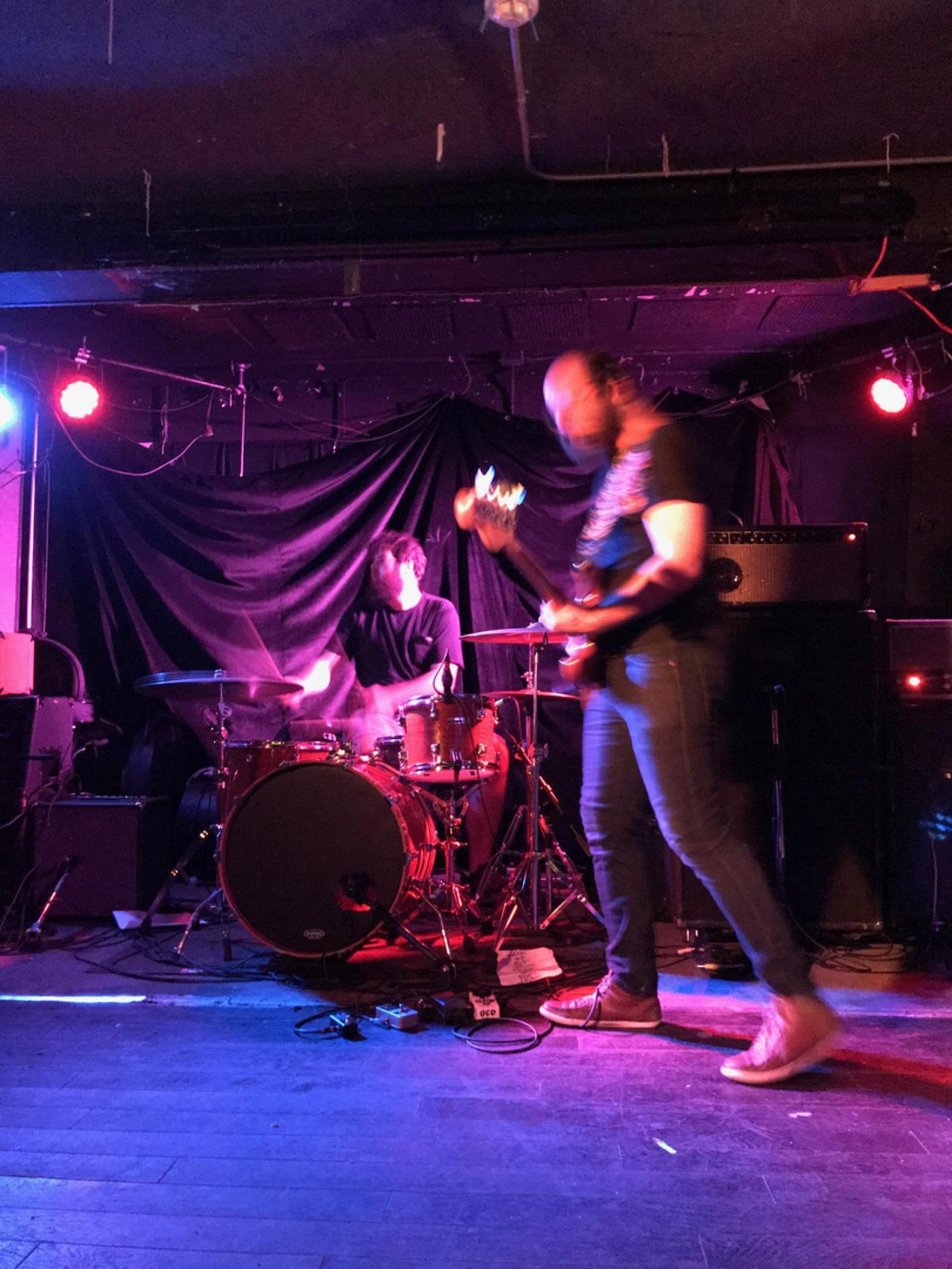