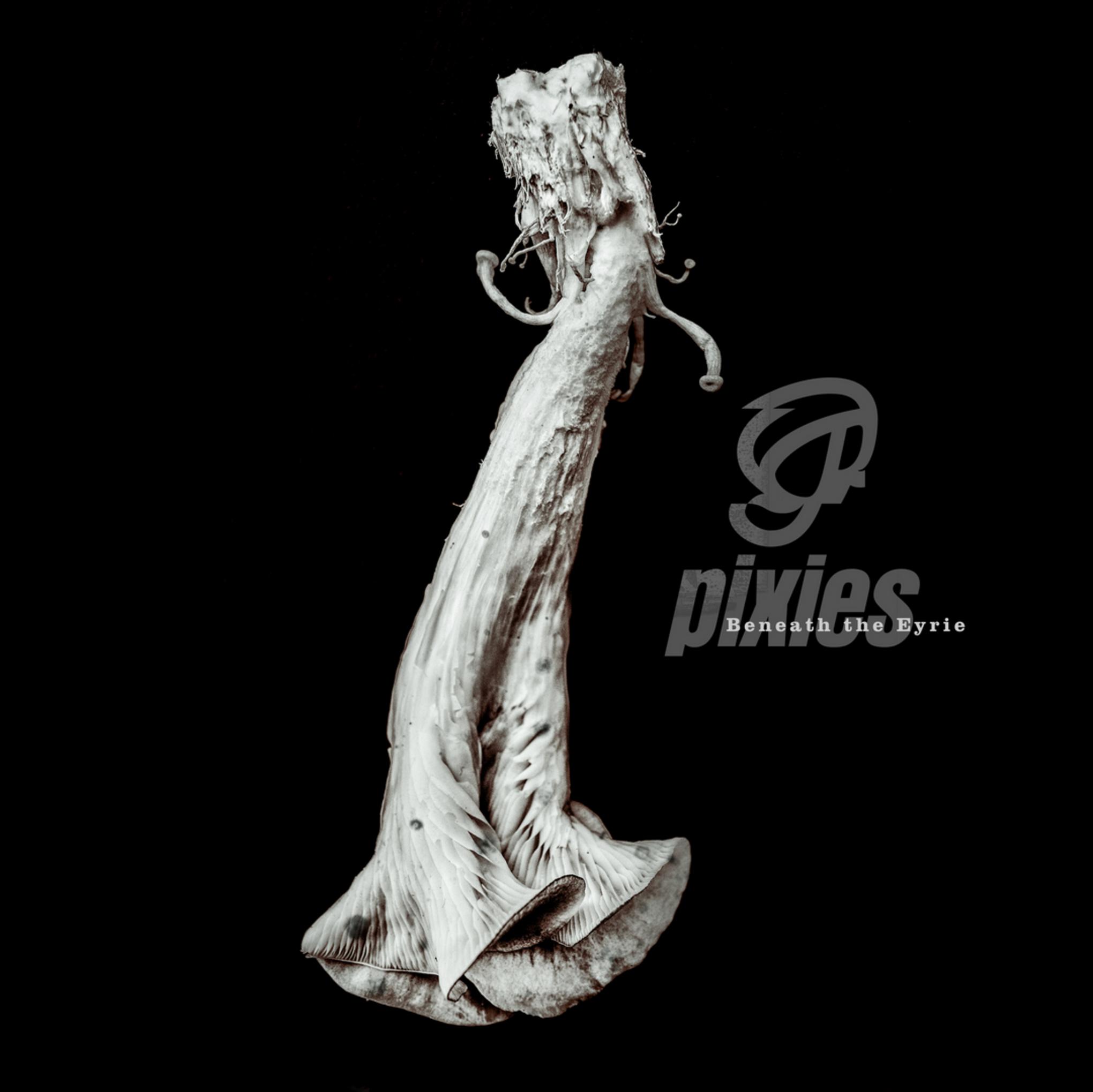 PIXIES - BENEATH THE EYRIE

Alternative rock living legends Pixies are back with their eighth album overall and third postreunion
and post-Kim Deal departure effort…it’s entitled Beneath The Eyrie. The band setup
shop at Dreamland Recordings Studio near Woodstock, New York with Tom Dalgety, who
returns to the producer’s chair that he occupied on their last release, 2016’s Head Carrier. In a
surprising move, the band have released a companion podcast series (entitled “It’s a Pixies
Podcast”) that documents the worts and all recording process of Beneath The Eyrie…it proves
to be an enlightening look at how these songs came together and just how open Black Francis
is to collaborating these days!

Beneath The Eyrie is dominated by mid-tempo songs, many of which are propelled around Paz
Lenchantin’s basslines. In fact the real story of listening to, not only the album, but the podcast
as well, is how much Lenchantin’s ideas and contributions are valued and used. At one point
during the podcast you can hear Francis sarcastically lament how “Paz is always right…drives
me fucking crazy!” The album’s first single (“On Graveyard Hill”) is the first example of many on
the new record where you hear Lechantin’s bassline setting the table for what’s to come…
much like you would have heard in the Deal era with songs like “Debaser”, “I Bleed” or
“Gigantic”, “On Graveyard Hill” gives an immediate bass hook and then drags you along with
its no nonsense rock and Francis’ gravel throated vocals. Note that is was co-written with
Lenchantin…something Deal could have only dreamed of back in 1988 or 89!
“Catfish Kate” is likewise driven along with its bass, but that is soon matched by Joey
Santiago’s eerie E-Bow guitar lurking in the shadows. The verses keep that spare arrangement
as Francis spins a yarn about “Black Jack Hooligan who came from Aberdeen”…hmm, know
anyone that came from Aberdeen? Anyhoo, as they are wont to do in this second era of the
band, they go for the bright and poppy chorus as a counter-balance and Santiago gets to to
have some fun on his Les Paul.

Album standout “This is My Fate” rolls along with a bass and drum shuffle that reminds of The
Doors’ “Alabama Song” but Francis’ vocal delivery is all Tom Waits…makes sense because
he’s clearly a fan, check out his excellent cover of Waits’ “The Black Rider.” While we’re on the
topic; everyone bemoans the fact that modern day Pixies aren’t making records that sound like
Doolittle or Surfer Rosa, but instead of wasting time on what they aren’t, how about focusing
on what they could be…and I would posit that they would do well to position themselves into
some sort of Tom Waits zone. God knows Black Francis can pull off the vocal and the band is
more than capable of playing songs that sound like they come from The Devil’s workshop! Just
sayin’.

Like she did on Head Carrier, Lechantin gets a crack at lead vocals and songwriting: this time
it’s on a song called “Los Surfer Muertos.”, Again, thanks to the insight gleaned from “It’s a
Pixies Podcast”, we learn that Paz is a dedicated surfer and that the song tells the sad tale of
how her friend lost her life surfing California’s “Killer Dana” wave. That song sits beside “Long
Rider” in the track listing and they act as perfect companions, in the sense that they’re both
about surfing, but in terms of musicality, while “Los Surfers Muertos” has a moody downtempo
tone, “Long Rider” goes unabashedly pop rock with a chorus reminiscent of something
we’ve heard on Indie Cindy’s “Another Toe in the Ocean.”

The album’s only true rocker is a song called “St Nazaire” and it immediately calls to mind
something like Head Carrier’s “Um Chagga Lagga” with Santiago’s punky surf rock guitar and
Francis’ unhinged vocal. Deep research from the podcast tells us that Dalgety pushed Francis
to really let loose with the vocal…Francis joked, “Ok, you want it more “Monster Mash”, got it!”
On Beneath The Eyrie, Pixies sound like a band comfortable in their own skin and no longer
burdened by the duel problems of how to create new music in the shadow of such an enduring
back catalogue and how to survive the seeming death knell of Kim Deal’s departure. Both Indie
Cindy and Head Carrier offer moments of inspiration and misfires, but Beneath The Eyrie
sounds like the band is finding their footing in this second chapter of existence. They sound
most captivating now when they play up the surf rock and/or western style elements and when
Francis can channel that Tom Waits-like vocal of dark storyteller. Lechentin was an instant
success when she joined as a touring bassist, but she has now proven to be as a vital a
member, creatively, as the other three. We will always treasure the likes of Surfer Rosa or
Doolittle, but let’s make sure that we value the fact that new music is being made by one of
rock’s most important bands!