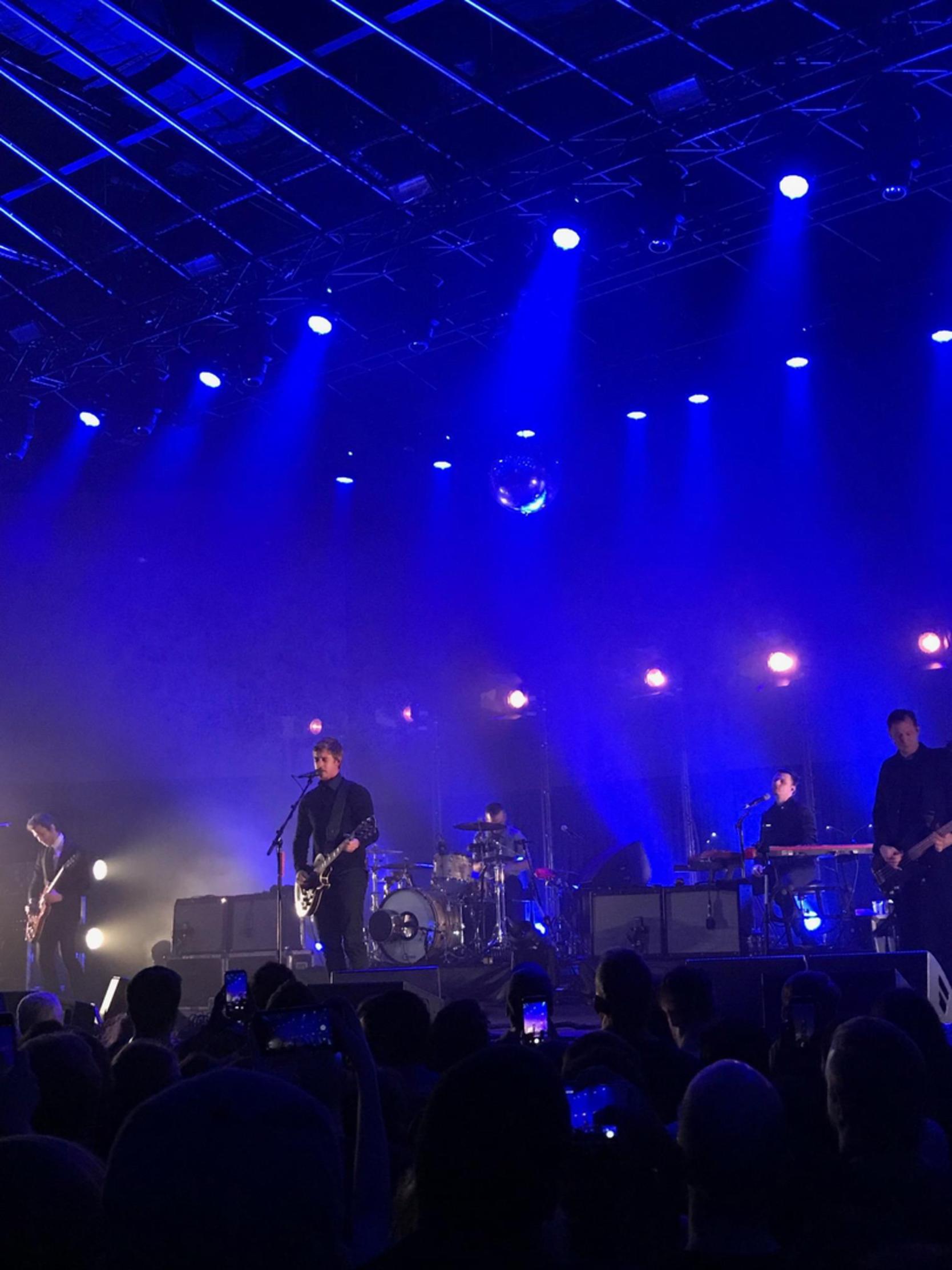 For anyone who might have thought that Interpol’s time in the sun had come and gone
some time after the touring for Antics wrapped up in 2005, I can tell you that the New
York band still has the attention of many people! Without doubt they’re no longer the hip,
cool band that all the blogs are talking about anymore, but Interpol is still drawing large,
enthusiastic crowds, as seen at Rebel on Sept 13th. The New York band is back out on
the road in support of Marauder, their sixth release and first with noted producer Dave
Fridmann. Marauder has received generally favourable reviews, but then lets face it, it’s
Interpol, not exactly a band noted for revolutionizing their sound or songwriting.
In a head-scratching move, they chose Our Love To Admire’s “Pioneer to the Falls” as
the set opener. This is not the band, or the venue for that matter, that should be going
with a meandering down tempo number as the appetizer, but I digress. There was a
rapid re-boot in energy in their playing of the 2014 single “All the Rage Back Home” and
“Public Pervert”, a great track off of Antics.

Obviously with a new record out and last year’s 15th anniversary tour of their celebrated
debut Turn On The Bright Lights behind them, Interpol was anxious to play some new
material. They brought out Marauder tracks “If You Really Love Nothing”, lead single
and the album’s best song “The Rover”, the groove-infused “Complications” and the
high-spirited “Number 10.”

Far from being ignored, the older material was still very much a central focus and they
were generous in playing songs from every record. As is usually the case with Interpol
shows, Turn On The Bright Lights and Antics received the most attention, both from the
band and the audience.

A killer three song encore of “Lights”, “Evil” and “Obstacle 1” was the perfect summation
to an evening that surprised as much as it reaffirmed. Interpol burst onto the scene as a
fully formed musical concoction that can be heard on those first two striking records.
They have been chasing the excellence of those early releases in the years that have
followed with varying degrees of success and with varying degrees of interest from the
public. What was a revelation on this particular night was how invested the crowd was in
Interpol in 2018. Turn On The Bright Lights is now sixteen years old and bassist/bon
vivant Carlos D has been out of the band for eight, but it seems that Interpol has
weathered the storm of the tastemakers and come out the other side!