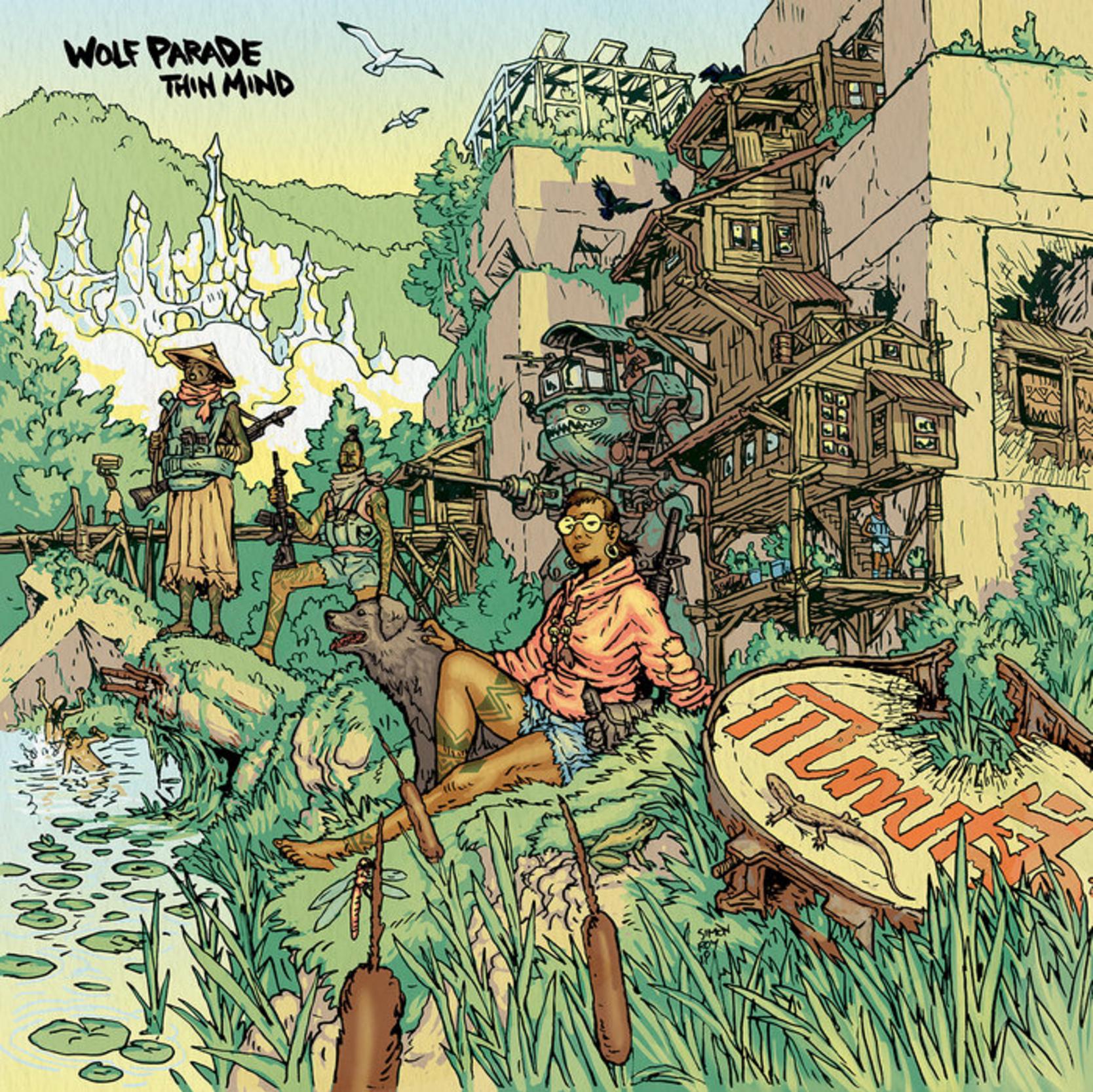 Thin Mind is British Columbia outfit Wolf Parade’s fifth album and first since multiinstrumentalist
Dante DeCaro’s departure. With the band back to their original incarnation as a
three piece, Thin Mind finds Wolf Parade embracing their more synth-pop side, something that
has been on the increase over the last few albums. With all three members now having
returned home to their native BC, they were able to spend the time properly workshopping the
new material into a cohesive whole. John Goodmanson (Bikini Kill, Sleater Kinney), who
produced the band’s 2017 effort Cry Cry Cry, is back as producer and certainly no one can
criticize his sonic palette; the record sounds fantastic, but it’s more than fair to ask the
question: Is this really the Wolf Parade sound we want?

As is always the case with a Wolf Parade record, Boeckner and vocalist/keyboardist Spencer
Krug take turns at the helm of the ship, and is also usually the case, probably most WP fans
favour either Boeckner’s up-tempo rock anthems or Krug’s more circuitous, moody jams. Thin
Mind kicks off with another one of Boeckner’s ever so urgent numbers, “Under Glass” wherein
he can repeatedly be heard complaining about how “Nobody knows what they want”, but the
band sure sounds like they do.

Krug steps to the fore on the album’s true highlight, “Julia, Take Your Man Home.” A disco
anthem at its core, Krug spins a yarn about cocaine and some jerk “sitting at a bar carving
shapes that look like dicks into the wood.” “Out of Control” is another compelling effort from
Krug, though he goes for a more dramatic mid-tempo feel on that one. As usual, Thompson
remains the unsung hero here, weaving Krug and Boeckner’s disparate material into a cohesive
fabric with his unassuming yet complex stick work.

Boeckner’s better numbers are the energetic album opener “Under Glass” and the all-out
rocker “Forest Green”, both showcasing Boeckner’s typical working man indie rock idealism.
It’s fascinating to hear that after five albums and seventeen years since their inception, the
Krug/Boeckner musical dynamic sounds the same as it ever did!

Thin Mind is definitely a tale of two albums: the first half is inspired and dynamic, while the
latter half meanders and loses its focus. Songs like “Fall into the Future” and “Against the Day”
just sound like Wolf Parade on cruise control with an unfortunate amount of keyboards
dictating the sonic palette. “Town Square”, on the other hand, acts as a perfect album closer
with a welcome return to up-tempo rock and just sheer vibrancy.

Some bands just shoot out of the gate fully formed on their debut records and struggle to
escape the shadow of their first release…think Interpol, The Strokes or, yes, Wolf Parade. The
band’s debut, Apologies to the Queen Mary, was a standout in its day and has remained ever
so…without doubt one of Canada’s finest rock records! That album is loaded top to bottom
with everything that we’ve come to expect from Wolf Parade and they just hit in a way that
resonates more than anything that followed…there are no lame records mind you, but just no
standouts…Thin Mind continues in that tradition!